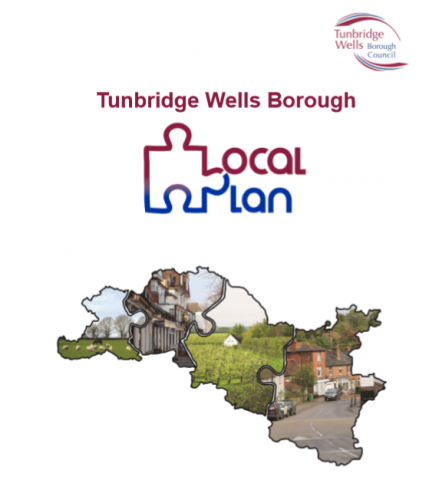 I had hoped to be writing to let you know that the draft Cranbrook and Sissinghurst Neighbourhood Plan, covering the whole parish, is now ready for you to read and make your comments on during the autumn. The NDP Steering Group members have been working incredibly hard to deliver a draft to you but unfortunately, due to circumstances beyond our control, this has had to be postponed.

The draft Local Plan is controversial and people across the borough are up in arms in protest about:

The total for Cranbrook and Sissinghurst parish is approximately 900 new houses over a 20 year period. This is double the parish’s share compared with the previous Local Plan, and 50 per cent higher than the 610 figure as indicated in our parish’s Housing Needs Analysis (AECOM 2017).

The parish is now likely to see the construction of about 500 new homes within the next five years. The borough has adopted a “bottom up” approach to its allocations, based on the supply of land put forward in the “Call for Sites”.

Residents in Tudeley are understandably shocked that their village is going to see the biggest changes. However, the concept of a new garden village is not a new one and has been revived in response to the country’s current housing crisis. The borough’s planners now see it not only as a critical part of the solution to delivering large numbers of housing, but also as an opportunity for the planners to do what they are trained to do: to create places which are designed around people (“placemaking”).

High housing targets
The government has asked the council to build 13,560 in the borough between 2016–2036. This is double the previous target and is a huge challenge in a borough where 70 per cent is in the High Weald AONB and 22 per cent is in the Green Belt (GB). Some local authorities in a similar situation (Sevenoaks and Tandridge in Surrey) have pushed back at the government’s targets. However, there is a risk to this approach, as the decision making on where houses are to be built could be taken out of their hands by central government. This would also risk not getting the essential infrastructure required.

TWBC are not prepared to take this risk and have prepared a draft Local Plan in order to get more control over the current planning situation. At the moment the borough doesn’t have a five year land supply for housing which means we are all at the mercy of speculative development.

Once the Local Plan is in place, much more can be asked from the developers to ensure our communities actually get what they’re asking for.

The future of our Neighbourhood Plan
The purpose of neighbourhood plans is to give residents a greater say about development in their locality. Everything that you have told us over the last few years has informed the policies in our draft plan.

These locally-specific policies should complement the more strategic ones written in the borough-wide Local Plan. Through collaborative working we have been able to influence some of those site allocations in the draft Local Plan which are specific to Cranbrook and Sissinghurst parish (see the draft Local Plan, pages 193-231). But there has not been complete agreement with all of these. This is because you have expressed a preference for small-scale developments as opposed to large-scale ones, and the desire to keep our settlements distinct through maintaining “green gaps” between them.

The argument in favour of larger-scale developments is that they can be viewed as a way to ensure the delivery of community infrastructure (schools, healthcare provision, public transport and other community facilities). This has to be measured against the negative impacts to our historic settlements, traffic and roads, landscape and environment and quality of life.

The Neighbourhood Plan is now being asked to align more closely with the Local Plan.

Have your say
It’s important to note that the Local Plan is a draft and a lot can change between now and the fully made plan. But things will only change in response to comments made by members of the public and community stakeholders.

It is now vital that you make sure your voices heard and make your comments on the draft Local Plan when it is open for consultation from 20 September until 1 November at 5pm.

An exhibition is being held by TWBC on Friday 27 September at 4-7pm in the Vestry Hall, Cranbrook.

To help you respond to the Local Plan in an informed way, the NDP Steering Group will be holding two information events:

Both of these will start with a presentation, followed by Q&A. Ahead of the TWBC event, members of the Steering Group will also be available for your questions at a drop-in session on Friday 27 September 2-4pm at the Weald Information Centre, Cranbrook.

During the autumn, the Neighbourhood Plan will be in a period of review and the NDP Steering Group will continue to work hard on your behalf to ensure that we can get the very best from the future expansion of our community.